When Pope Francis spoke to Congress this week he honored Dorothy Day and Thomas Merton. Merton was a Trappist, a member of the spartan community whose members keep vigils of prayer around the clock within full days of physical labor on farms, vineyards and breweries, in production of honey, wine and beer.

Years ago one of my poems won the Merton Prize. A few years later I wrote a paper for the Conference on Christianity and Literature and read it at a seminar held in Kentucky, down the road from the Abbey of Gethsemani where Merton lived and wrote. One afternoon, two Trappists who had known Thomas Merton, spoke to us about him. The poem I wrote after their talk was published in The Merton Seasonal. Within the Trappist monastery, Thomas Merton was known as Father Louis.

Two crew-cut monks,
one over eighty in slippers,
the other past sixty with Nikes,
look like old coaches
except for their hickory-boned
knot-knuckled hands.

In a deep-mine voice,
unpolished by the unction
of broadcast news,
the older one said,
Imagine a hand.
One can imagine it,
carved and loose strung.

Now, if you can,
in that hand, see a diamond.
This poor working man
knows the carat and cut
of light held in amazement:
a diamond.
Father Louis was our diamond. 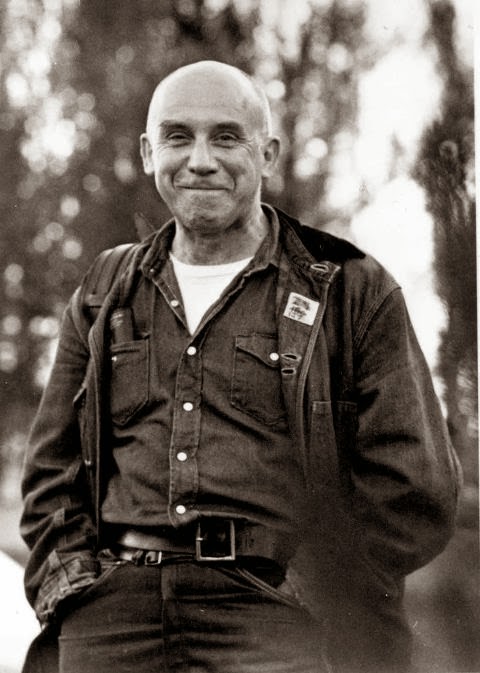 2 thoughts on ““Remembering Father Louis” a tribute to Thomas Merton”