The Origin of the Species was published in 1859 and taken up by naturalists, social reformers and writers. The book was read and discussed with enthusiasm by the free-thinking transcendentalists in and around Concord, and it nearly blew Henry David Thoreau’s mind.  Randall Fuller tells a good story of a big idea taking root in America.

For example, he shows how the book effected Louisa May Alcott.

…she was interested in Darwin’s work for the same reason the Concord transcendentalists were: because it provided a rigorous scientific argument that suggested that all people were linked by inheritance and destined for progressive improvement. These ideas are at the heart of Louisa’s abolitionist party. p. 123 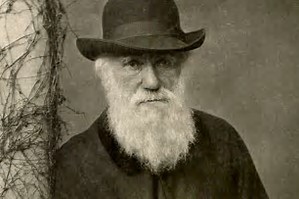 …no American read the Origin of the Species with as much care and insight as Henry David Thoreau…Throughout the first week of February, he copied extracts from the Origin. Those notes…comprise six notebook pages in a nearly illegible scrawl. They tell the story of someone who must have read with hushed attention, someone attuned to every nuance and involution in the book. p. 136