This seems like a fine poem for the Christmas season. Everything is magnificent with being. Archie Ammons was a man of rural and religious roots who became an essential American poet.

I said I will find what is lowly
and put the roots of my identity
down there:
each day I’ll wake up
and find the lowly nearby,
a handy focus and reminder,
a ready measure of my significance,
the voice by which I would be heard,
the wills, the kinds of selfishness
I could
freely adopt as my own:

but though I have looked everywhere,
I can find nothing
to give myself to:
everything is

magnificent with existence, is in
surfeit of glory:
nothing is diminished,
nothing has been diminished for me:

I said what is more lowly than the grass:
ah, underneath,
a ground-crust of dry-burnt moss:
I looked at it closely
and said this can be my habitat: but
nestling in I
found
below the brown exterior
green mechanisms beyond the intellect
awaiting resurrection in rain: so I got up

and ran saying there is nothing lowly in the universe:
I found a beggar:
he had stumps for legs: nobody was paying
him any attention: everybody went on by:
I nestled in and found his life:
there, love shook his body like a devastation:
I said
though I have looked everywhere
I can find nothing lowly
in the universe:

at one sudden point came still,
stood in wonder:
moss, beggar, weed, tick, pine, self, magnificent
with being! 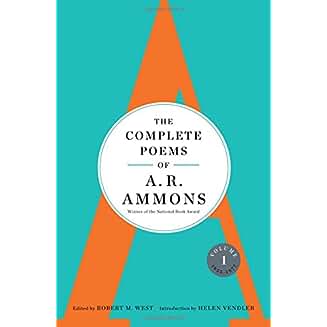