Jean-Francois Millet at the MFA

Millet’s Angelus is named after the Marian devotional prayer. Millet 1814-1875 depicts two peasants bowing their heads at the end of the day and praying, as the Angelus bell of blessing tolls in the church on the horizon. The image was placed long ago over my mother’s dining room table. The evening silence and rural spiritual obedience of it makes it hang heavy and famously in my memory.

Salvador Dali 1904-1989 was fascinated by Millet’s Angelus. He painted his own variation on it. Dali did not believe that the peasant planters were praying. He thought they were mourning the death of an infant they had buried there in the field.

The figures are too focused and quiet, too relaxed, to be praying a devotional prayer at the end of the work day, or so Dali thought. 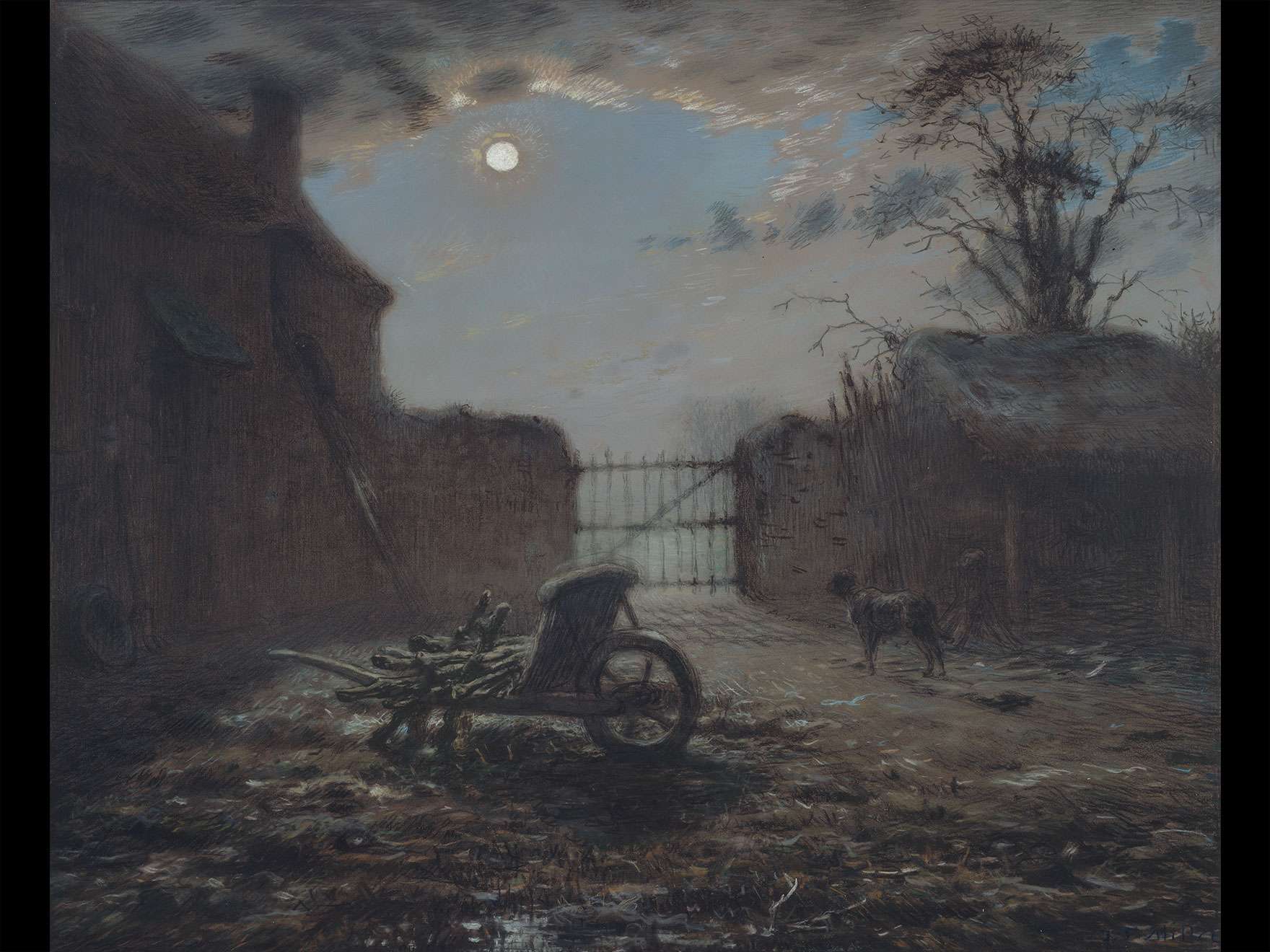 Pastels by Millet and other French painters are at the MFA now. There’s a note about how much Millet meant to Impressionists such as van Gogh 1853-1890 who viewed a group of Millet’s pastels and said to his brother, “Take off your shoes, for the place on which you stand is holy ground.”