from The Music of What Happens, by Helen Vendler: [Easter Morning] is a treasure of American poetry, combining the blankest of losses with the fullest of visions. It is a poem that should be published alone, in a three-page book by itself; it is so complete it repels company.  p. 329f

Easter Morning by A. R. Ammons

I have a life that did not become,
that turned aside and stopped,
astonished:
I hold it in me like a pregnancy or
as on my lap a child
not to grow old but dwell on

it is to his grave I most
frequently return and return
to ask what is wrong, what was
wrong, to see it all by
the light of a different necessity
but the grave will not heal
and the child,
stirring, must share my grave
with me, an old man having
gotten by on what was left

when I go back to my home country in these
fresh far-away days, it’s convenient to visit
everybody, aunts and uncles, those who used to say,
look how he’s shooting up, and the
trinket aunts who always had a little
something in their pocketbooks, cinnamon bark
or a penny or nickel, and uncles who
were the rumored fathers of cousins
who whispered of them as of great, if
troubled, presences, and school

teachers, just about everybody older
(and some younger) collected in one place
waiting, particularly, but not for
me, mother and father there, too, and others
close, close as burrowing
under skin, all in the graveyard
assembled, done for, the world they
used to wield, have trouble and joy
in, gone

the child in me that could not become
was not ready for others to go,
to go on into change, blessings and
horrors, but stands there by the road
where the mishap occurred, crying out for
help, come and fix this or we
can’t get by, but the great ones who
were to return, they could not or did
not hear and went on in a flurry and
now, I say in the graveyard, here
lies the flurry, now it can’t come
back with help or helpful asides, now
we all buy the bitter
incompletions, pick up the knots of
horror, silently raving, and go on
crashing into empty ends not
completions, not rondures the fullness
has come into and spent itself from

I stand on the stump
of a child, whether myself
or my little brother who died, and
yell as far as I can, I cannot leave this place, for
for me it is the dearest and the worst,
it is life nearest to life which is
life lost: it is my place where
I must stand and fail,
calling attention with tears
to the branches not lofting
boughs into space, to the barren
air that holds the world that was my world

though the incompletions
(& completions) burn out
standing in the flash high-burn
momentary structure of ash, still it
is a picture-book, letter-perfect
Easter morning: I have been for a
walk: the wind is tranquil: the brook
works without flashing in an abundant
tranquility: the birds are lively with
voice: I saw something I had
never seen before: two great birds,
maybe eagles, blackwinged, whitenecked
and –headed, came from the south oaring
the great wings steadily; they went
directly over me, high up, and kept on
due north: but then one bird,
the one behind, veered a little to the
left and the other bird kept on seeming
not to notice for a minute: the first
began to circle as if looking for
something, coasting, resting its wings
on the down side of some of the circles:
the other bird came back and they both
circled, looking perhaps for a draft;
they turned a few more times, possibly
rising—at least, clearly resting—
then flew on falling into distance till
they broke across the local bush and
trees: it was a sight of bountiful
majesty and integrity: the having
patterns and routes, breaking
from them to explore other patterns or
better ways to routes, and then the
return: a dance sacred as the sap in
the trees, permanent in its descriptions
as the ripples round the brook’s
ripplestone: fresh as this particular
flood of burn breaking across us now
from the sun. 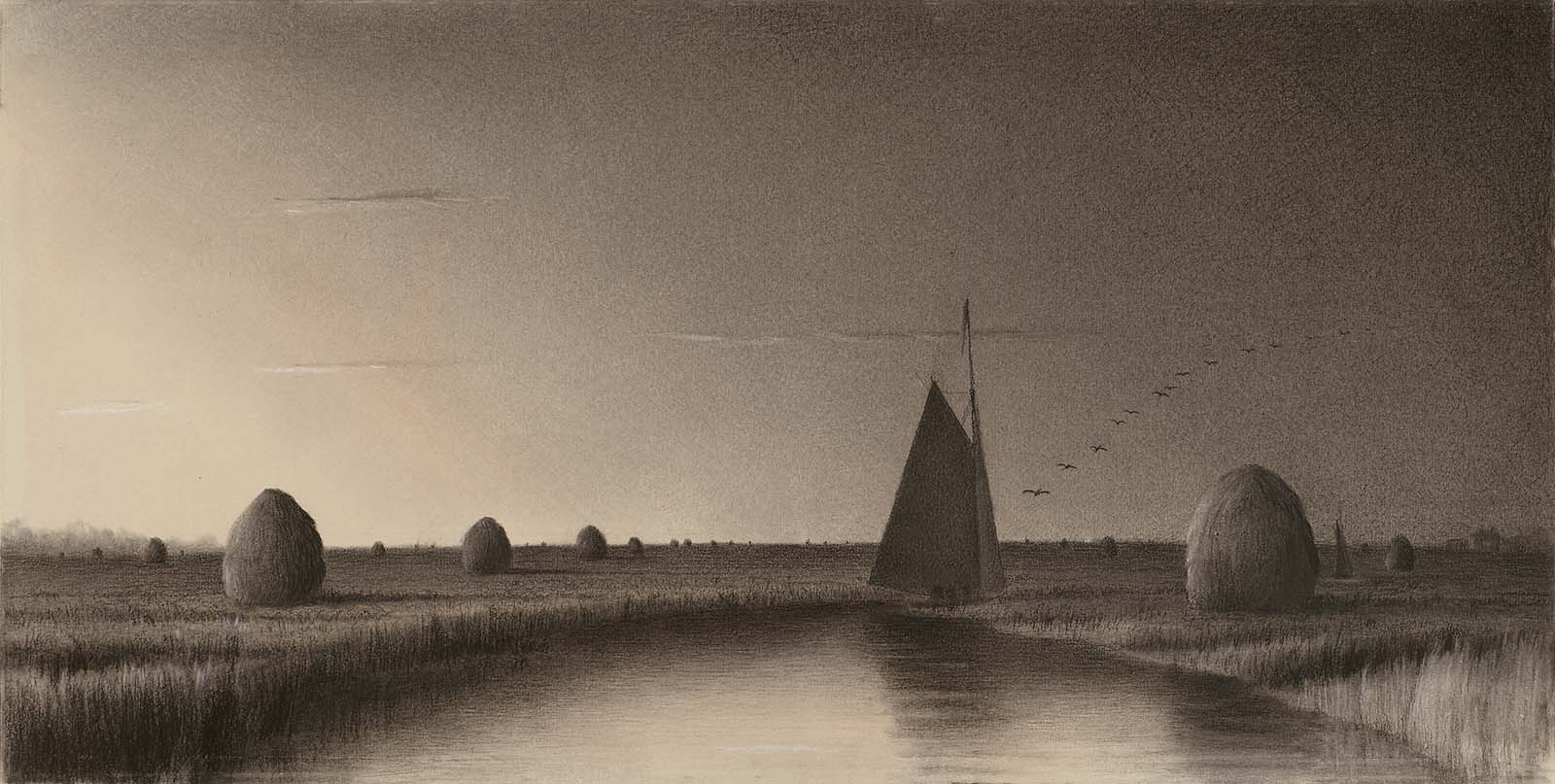