Published in 1919, Anderson’s stories explore the lives of residents of fictional Winesburg, Ohio. Some of his first critic-readers panned his work as dark and sexually immoral, but younger writers such as Hemingway and Faulkner, praised Anderson. He opened modernist doors for them with his quiet narrations of the repressed inner lives of his small-town characters. 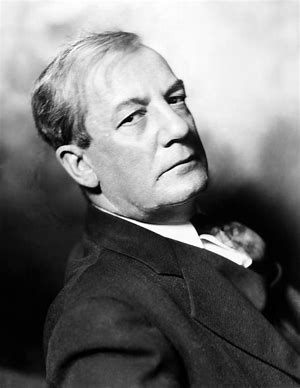 In his introduction to the Penguin edition, Literary Critic Malcolm Cowley writes that in Winesburg, Ohio Anderson “found a subject that released his buried emotions, and because most of the book was written in what was almost a single burst of inspiration, so that it gathered force as it went along.”

Cowley recalls that while others attacked the book for being pessimistic and morbidly sexual, he calls it a “work of love, an attempt to break down walls that divide one person from another, and also, in its own fashion, a celebration of small-town life in the lost days of good will and innocence.”

As it uncovers hidden feelings and emotions,  much of the book seems to take place in the evening and at night, when the guards in our minds are off duty.

“And then one night when it rained Alice had an adventure. It frightened and confused her. She had come home from the store at nine and found the house empty…Alice went upstairs to her room and undressed in the darkness. For a moment she stood by the window hearing the rain beat against the glass and then a strange desire took possession of her. Without stopping to think of what she intended to do, she ran downstairs through the dark house and out into the rain. p. 119

“In the main street of Winesburg crowds filled the stores and the sidewalks. Night came on, horses whinnied, the clerks in the stores ran madly about, children became lost and cried lustily, an American town worked terribly at the task of amusing itself.” p. 233

“A revolution has taken place. The coming of of industrialism, attended by al the roar and rattle of affairs…and now in these later days the coming of the automobiles has worked tremendous change in he lives and in the habits of thought of Mid-America. Books, badly imagined and written though they may be, in the hurry of our times, are in every household, magazines circulate circulate by the millions of copies, newspaper stands are everywhere…much of the old brutal ignorance that had in it also a kind of beautiful childlike innocence is gone forever. The farmer by the stove is brother to the men of the cities, and if you listen you will find him talking glibly and as senselessly as the best city man of us all…after the Civil War…men labored too hard and were too tired to read. In them was no desire for words printed on paper. As they worked in the fields, vague, half-formed thoughts took possession of them….In the little Protestant churches they gathered on Sunday…” p. 71