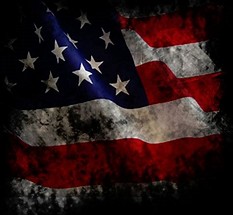 On this election day, like no other, we can still hear Whitman. The big-hearted, patriotic poet praises the idea of a general election as something grander even than the unsurpassed American landscape. Voting seems to Whitman a divine idea: The still small voice  (1 Kings 19 ), vibrating across the country, is the sound of American citizens casting their votes, transferring authority to govern to other Americans, in a peaceful, ritual process. Whitman did not care for the details of politics, but he affirmed the thought of that final, cleansing snowfall of votes covering the dirt and muck of the election and bringing in a new season of governance, even of heroic leadership, as recalled in the names of Washington, Jefferson and Lincoln.

If I should need to name, O Western World, your powerfulest scene and show,

‘Twould not be you, Niagara—nor you, ye limitless prairies—nor your huge rifts of canyons, Colorado,

Nor you, Yosemite—nor Yellowstone, with all its spasmic geyser-loops ascending to the skies, appearing and disappearing,

(The heart of it not in the chosen—the act itself the main, the quadriennial choosing,)

The final ballot-shower from East to West—the paradox and conflict,

Yet more than all Rome’s wars of old, or modern Napoleon’s:) the peaceful choice of all,

Or good or ill humanity—welcoming the darker odds, the dross

—Foams and ferments the wine? it serves to purify—while the heart pants, life glows: